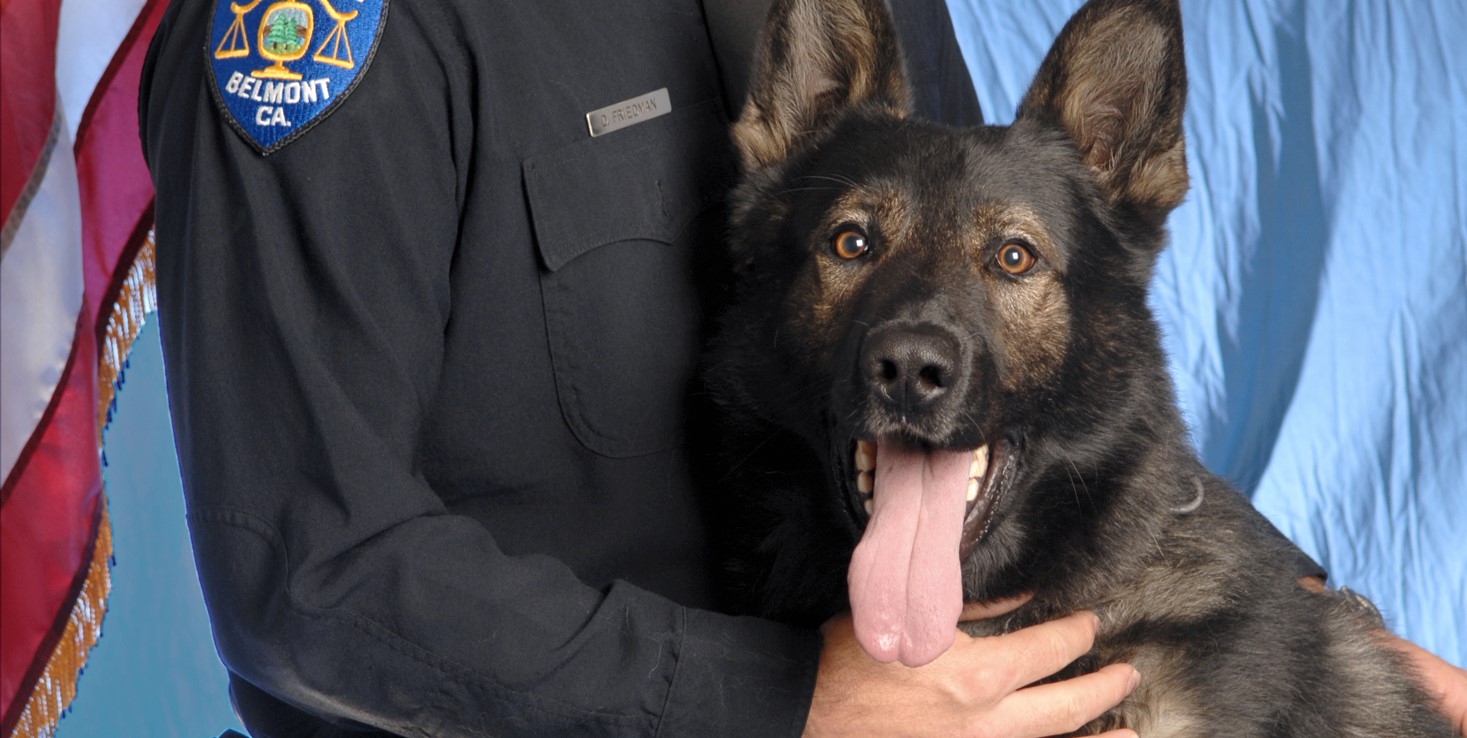 The Belmont Police Department has a proud history of utilizing well trained police dogs, going back over 40 years.  Dogs used by the Belmont Police Department go through a battery of tests and hundreds of hours of training before being certified for use in the field. The dogs and handlers also participate in intensive on-going training to maintain and enhance the skills of the team.

Handlers typically deploy their canine partners in situations where a suspect is fleeing or in cases where officers believe a suspect may be hiding inside a building or home. The dog's speed, agility, and heightened sense of smell make them a powerful tool in apprehending dangerous criminals, but can also be used to locate missing persons.  Belmont Police Canines are also trained to track persons, locate discarded or hidden objects and locate narcotics.