Mayor Hurt announced today that the City Council voted unanimously last night at their Council meeting to appoint Afshin Oskoui, P.E. as the new City Manager for the City of Belmont. 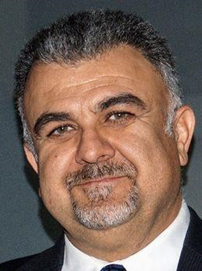 Mayor Hurt said, “We are thrilled, after evaluating many stellar candidates, to appoint Afshin Oskoui as Belmont’s new city manager. He brings considerable public experience and is a true expert in public infrastructure projects and services. He is well respected in the city and the region as a smart, even keeled leader with a great sense of humor to tackle on great challenges and expand on our marvelous opportunities…”

Mr. Oskoui comes from Southern California with over 33 years of government experience including over 25 years in various local agency management. He began his career with the City of San Diego in 1986 as an engineer and was their City Engineer/Chief of Design when he left to join City of Belmont. He joined Belmont in 2011 as the Public Works Director. Mr. Oskoui holds a Master and Bachelor of Science in Civil Engineering from San Diego State University.

Afshin said, “I am thankful to have been entrusted to serve The City of Belmont Community as it’s Public Works Director for the past 8 years, and now moving forward as the City Manager. These are exciting times for Belmont, and the leadership and staff are proud to provide high quality services and resources the community depends on to live, work and play in our beautiful city!”

Mr. Oskoui’s appointment is effective as of September 1, 2019