An elderly Belmont man was injured in a fire at his home Saturday evening.  Two other occupants of the house were unharmed and the fire appears accidental.

On Saturday, 8/17, at approximately 6:40pm, units from Belmont PD and San Mateo Consolidated Fire responded to a report of a house fire on Tioga Way. Upon arrival first responders found smoke coming from the garage and the three adult occupants of the home had evacuated.

The fire was confined to the garage and was quickly extinguished by SMCFD fire fighters with assistance from Cal Fire. An 89 year old male occupant of the home was treated at the scene by paramedics for burns and smoke inhalation. He was transported to an area hospital for observation. A 59 year old man and a 77 year old woman, who had also been in the house, were checked at the scene by paramedics and released. The residents of the home are being assisted by the American Red Cross.

The cause of the fire is under invesigation, but appears to be accidental. 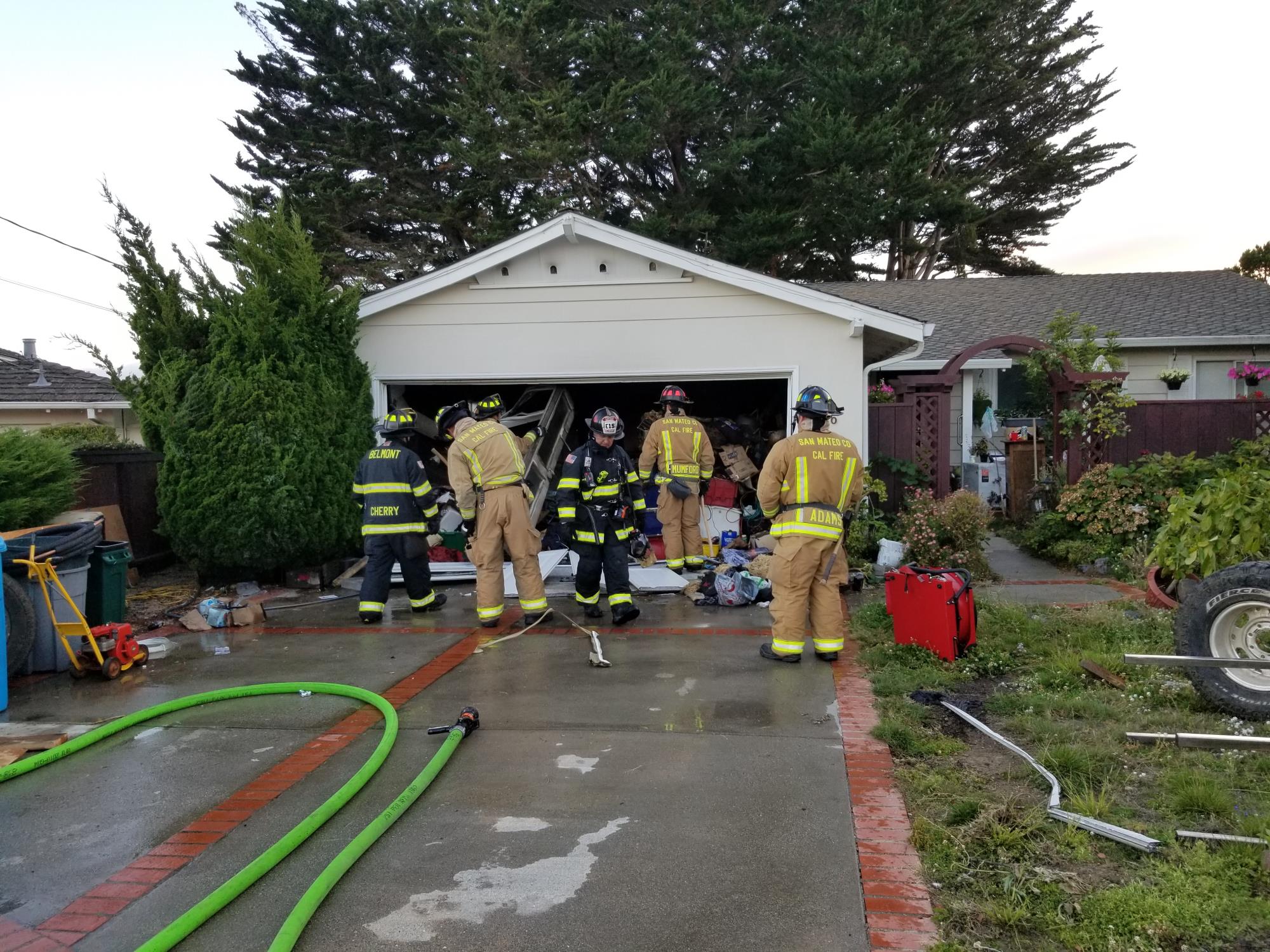