Belmont Police Chief Dan DeSmidt has notified the City Manager that he intends to retire on July 13, 2019, after serving 32 years in law enforcement.  Starting as a Community Service Officer in 1987, he climbed the ranks before being appointed Police Chief in 2012.

The Chief holds advanced degrees from Notre Dame de Namur University and Cal State East Bay and is a graduate of the prestigious FBI National Academy.  During his time in Belmont, Chief DeSmidt held several board appointments including the League of California Cities, California Police Chiefs Association, San Mateo County Narcotics and Vehicle Theft Task Forces, San Mateo County Police Chiefs and Sheriff Association, the San Mateo County Safe Schools Coalition and JTTF Counterterrorism Executive Board. He has been a frequent presenter on many topics around the State including Community Policing, Law Enforcement’s response to Mental Illness, and Ethics.

Upon giving his notice Chief DeSmidt said, “It’s been my honor to serve my hometown since 1987. The City and the Police Department are in great hands. I’m confident that those I leave behind are well prepared for any challenges that lie ahead.”

City Manager Greg Scoles noted DeSmidt’s appointment as Belmont’s Police Chief was an easy decision; one he was extremely proud of. “Dan brought stability to the department when it was needed.  His approach to leadership, open communication style and commitment to the community has earned him the respect and admiration of not only his staff, colleagues and City Council but also the community.  He will be greatly missed.” Scoles said.

A proud Carlmont High graduate, Dan and his wife Kristi live in San Carlos. Both of his adult kids Morgan and Tyler attended Carlmont as well.  Dan is also an assistant baseball coach at the College of San Mateo, where he plans to continue working with student athletes.

The City Manager Greg Scoles will be working with Chief DeSmidt to ensure a smooth and timely transition.  The City Manager will determine when and how to fill the vacancy created by this retirement. 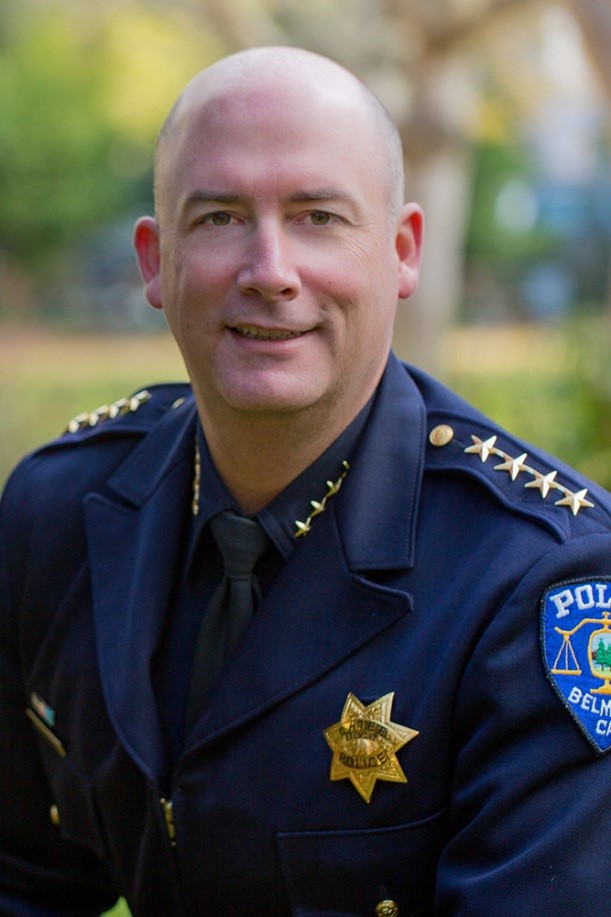