A Belmont family is being assisted by the American Red Cross this evening, after an afternoon fire displaced them from their home on Covington Rd.  There were no injuries in the 1-alarm blaze and the cause is under investigation.

On Wednesday, 3/13/19 at approximately 2:30pm, a resident in the 800 blk of Covington Rd called 9-1-1 reporting that a neighbor's house was on fire.  Units from the Belmont Police Department, San Mateo Consolidated Fire Department and Redwood City Fire Department arrived within minutes and found heavy smoke coming from the residence.  While initial reports indicated that an elderly woman may be inside, a thorough search by firefighters found no one at home.  The family's dog, a chihuahua,  was found in the backyard unharmed.  The fire was extinguished within 15 minutes.

The residents of the home, all adults, were away at the time of the fire and returned home shortly after the fire was extinguished.  The home was deemed uninhabitable due to the fire and and the family is being assisted by the American Red Cross Disaster Services. 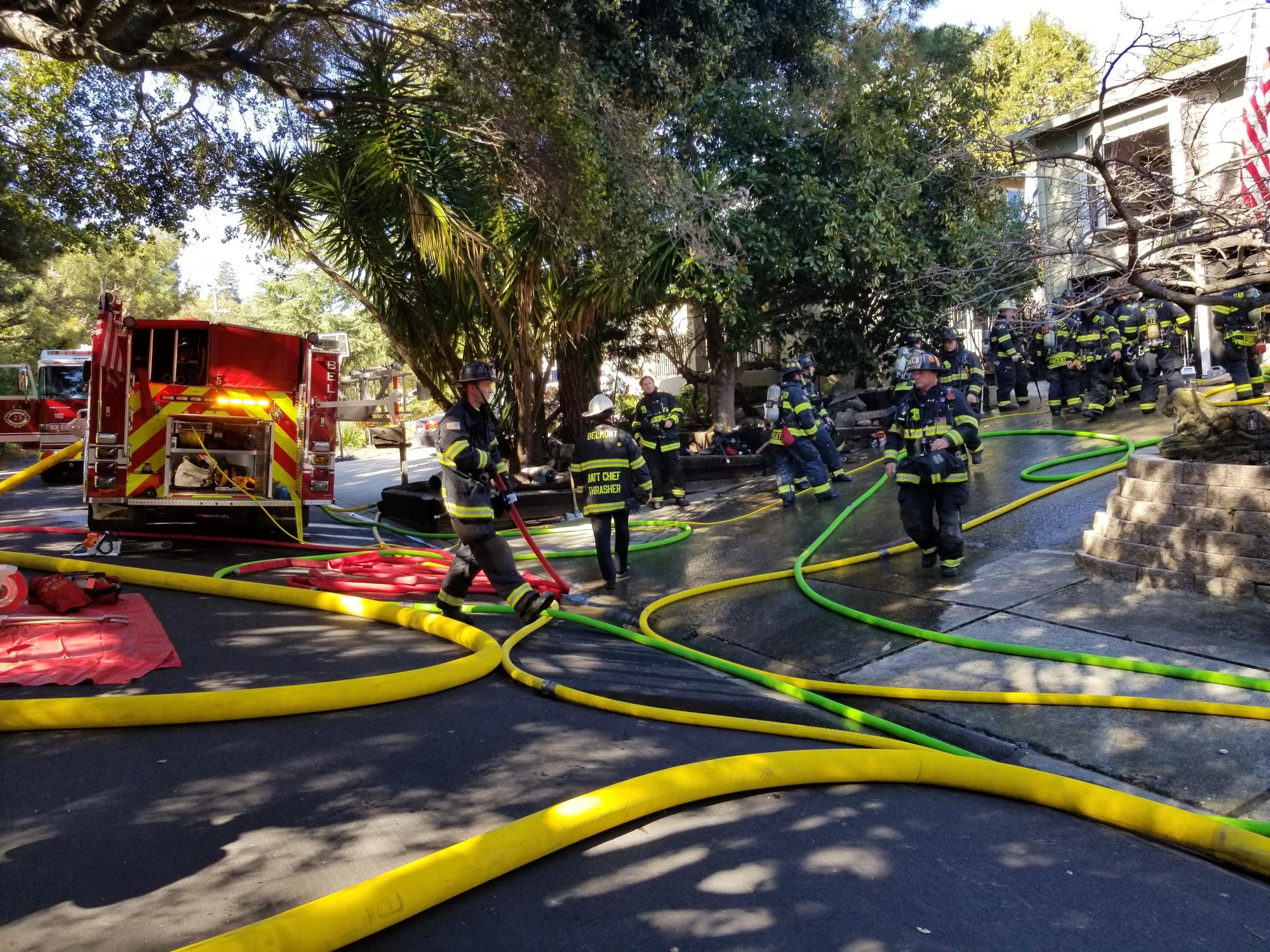 The scene in the 800 block of Covington Rd