Ralston Avenue is an east-west divided arterial and a major thoroughfare that extends from State Route 92 in the west to U.S. Highway 101 in the east. The cross section varies from four lanes at its western end to two lanes at/near Alameda De Las Pulgas; and, again widens back to four lanes near Twin Pines Park and City Hall. Ralston Avenue is a unique and distinctive corridor in the region. This distinctive character of Ralston is due to the varying degrees of urban setting, cross-section and topography, which can be experienced as one travels through the corridor.

As this corridor is diverse in pedestrian activity, traffic patterns and community character, the corridor has been broken into four distinct segments:

By breaking the corridor down, the community and project team was able to focus on the specific issues within that area.

The project focuses on pedestrian and bicycle improvements from South Road to US 101 along and near Ralston Avenue to create more complete streets.  Improvements to sidewalk, crosswalks, ramps, pavement, and bicycle facilities will be done as part of the project.  The design was based on the Ralston Avenue Corridor Study and Improvement Plan adopted in August 2014. (Link to the study https://www.belmont.gov/home/showdocument?id=14931)

The construction is expected to last for six months with a majority of the work on Ralston Avenue being done this summer.  Expect delays during construction due to necessary lane closures to complete the work.   Weekly updates will be given for traffic advisories along with the contractor notifying adjacent properties.  This is the first of a series of projects that will improve the Ralston Avenue Corridor.

April 30, 2019 - Bids were opened and the apparent low bidder was RK Engineering Inc.

June 14, 2019 – RK Engineering Inc was awarded the project and issued their notice to proceed

June 21, 2019 - Starting next week construction will begin at the intersection of Ralston Avenue and 6th Avenue.  Existing ramps will be replaced with new ADA compliant ramps and lane closures are expected to complete this work.

June 27, 2019 - Sidewalk and ramp improvements will continue to be constructed at the intersections of 6th Ave / Ralston Ave and  Hiller St / Ralston Ave.  Expect delays and possible lane closures in the area.

August 13, 2019 – A wider sidewalk between 6th Ave and El Camino Real has been constructed.  ADA ramps at 6th Ave and Ralston Ave have been constructed and ramps at Old County Rd are currently being worked on.  Work will continue to improve other pedestrian and bicycle facilities throughout the corridor.  Starting on August 19th the contractor will begin pavement repairs that are necessary for slurry and striping.  The pavement improvements will require major lane closures and traffic delays should be expected.

August 22, 2019 - The new bike path through Twin Pines Park is under construction and will provide bicyclists an option to ride off of Ralston Avenue.  The contractor has completed most of pavement repairs throughout the corridor and is expected to complete all the remaining dig outs on Monday.  From 8/27/19 to 8/30/19 the contractor will be doing slurry seal work throughout the corridor, which will require major lane closures.  Cars will not be allowed to drive on the slurry seal while it is curing.  Below is the planned schedule for the slurry seal work:

Following the slurry seal, the striping will be replaced and updated along the new pavement.  Work will also continue on pedestrian improvements such as the new HAWK signals and ADA ramps.  Traffic delays are expected during this work.

August 28, 2019 - New trees were planted along Ralston Avenue between 6th Ave and El Camino Real.  The slurry seal work is underway and is still on schedule to be completed this week.  Following the slurry seal, striping will be added to the new pavement and additional sidewalk and ramp improvements will be completed.  The general grading has been completed for the new bike path within Twin Pines Park.

A majority of the striping on Ralston Avenue was completed this week.  A portion of City Hall’s parking lot was resurfaced and the bike path entrance into Twin Pines Park is being constructed. Within the next two weeks, the signal pole at South Road and Ralston Avenue will be relocated causing delays in traffic.  Please check our social media for updates and traffic advisories. 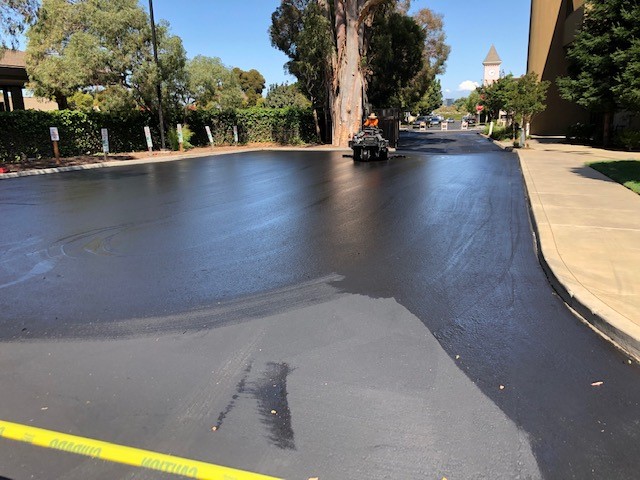 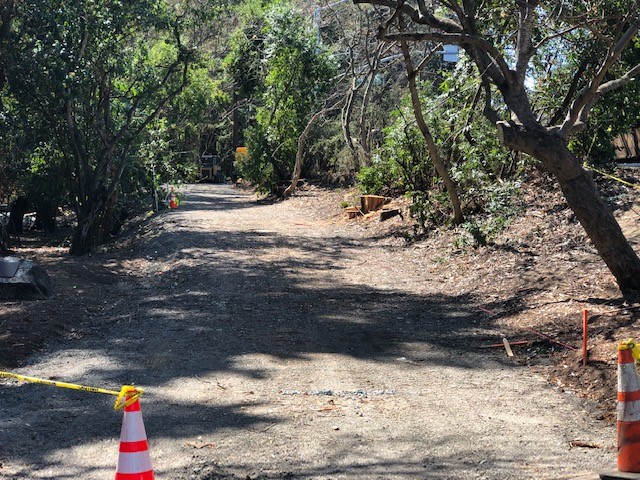 The driveway was constructed, and the sidewalk was widened on Old County Road between Masonic Way and Ralston Avenue.  The bike path in Twin Pines Park will be striped and signed next week. 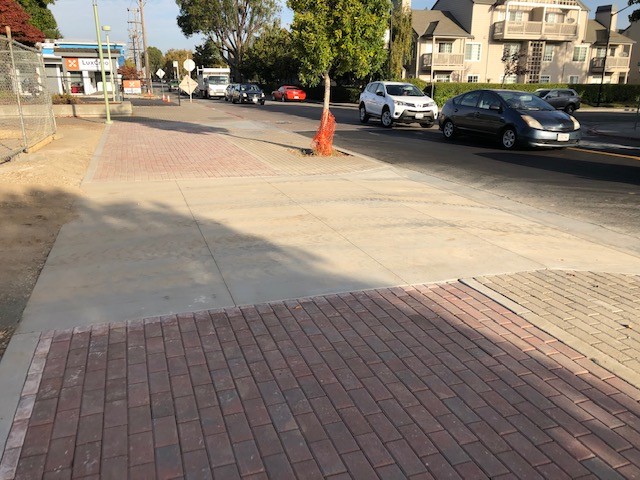 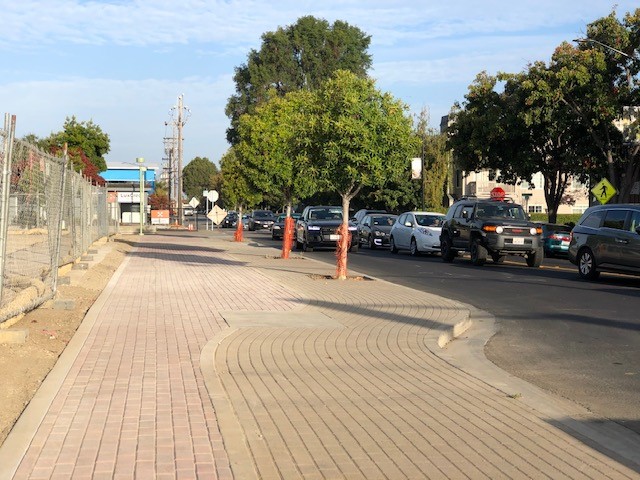 A majority of the project has been completed.  The bulb-out on El Camino Real at Emmett Avenue is still under construction.  Following the competition of the bulb-out, new HAWK signal poles will be installed and striping will be completed.